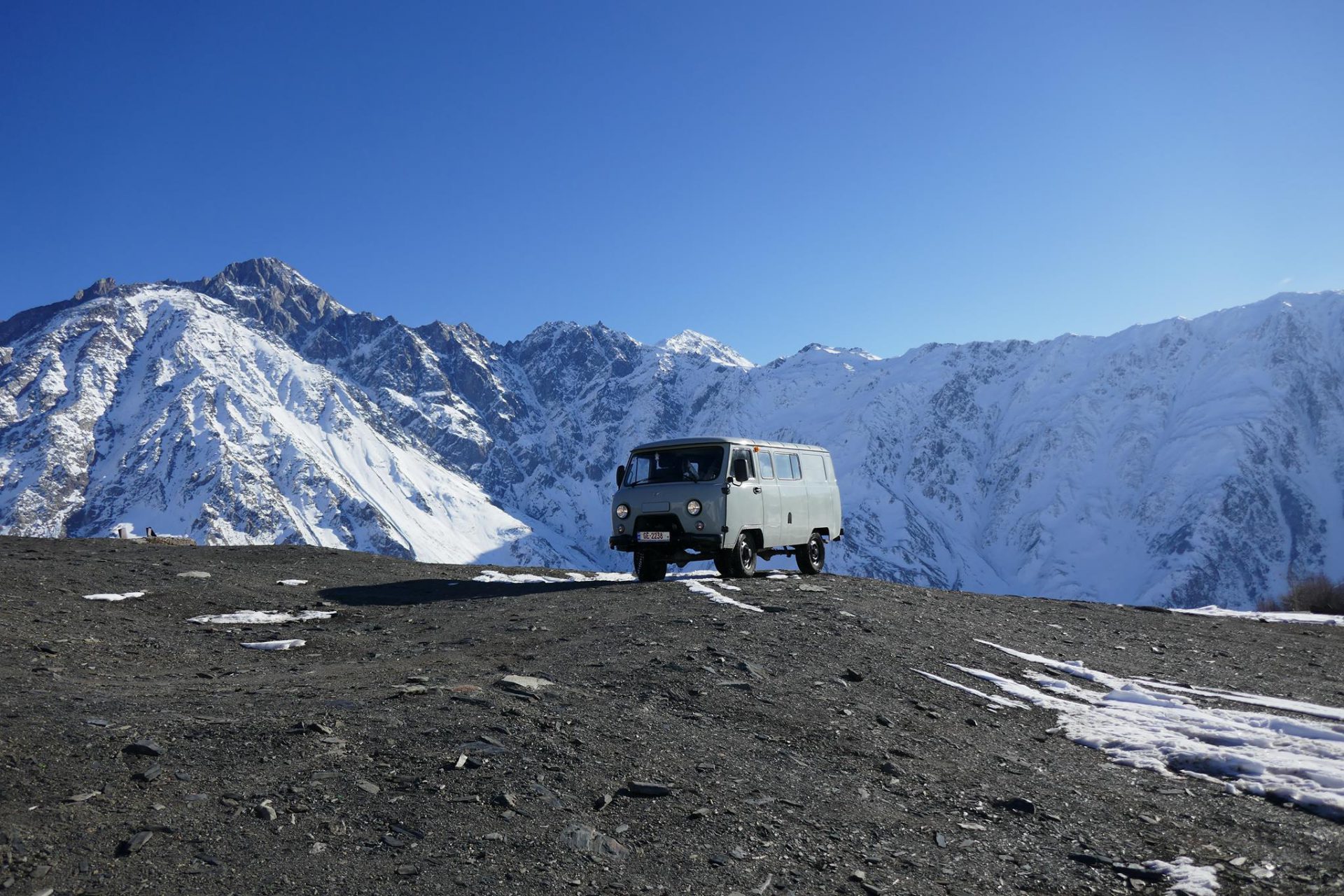 Get outdoors in style in one of our fantastic campers! Our brand new vehicles have been custom converted to give you a care-free trip with modern comforts, all-risk insurance, and so much more.

UAZ Buhanka – Dare to be different

This Soviet classic is still going strong after 60 years of production. One of the most robust and reliable vehicles ever made, it has reached the far ends of the world crossing roughest of terrain.
A true workhorse, the Buhanka was designed to escort tanks to the frontlines. Due to its rugged build, it’s had so many varied uses over the years: ambulances, school buses, cargo transport, postal services and now, as a campervan. It’s built like a truck, can handle rough terrain, has heaps of room to move inside, and looks damn good too. What more do you want?

Although the appearance of UAZ Buhankas hasn’t changed much over time, they have had some modifications to meet today’s demands. All our vans are produced from 2018 onwards and are equipped with power steering and have Euro 5 compliant engines.

Don’t expect these vans to drive like your everyday sedan, though. While the older models are described to be like riding a bull, driving one of our new models can be like riding a horse; it can be a little bumpy, but it’s a lot of fun! You may not be able to go very fast, but who cares, you’re on holiday! Driving a Buhanka is an experience in itself and we are sure you will love it.

Our converted campervans sleep two adults comfortably inside the van on a full size double bed. For an extra fee, we can mount a rooftop tent that will sleep another two adults.

Did you know “Buhanka” means loaf of bread in Russian? The nickname for this cute van has replaced its official name (UAZ-452) in everyday language.

So what are you waiting for?

With over 530.000 exports and fan clubs all over the world, it’s no small wonder that the Lada Niva is still in production today. Due to its lightweight yet durable build, this pocket-sized 4WD has reached more extreme places than most people do in their lifetimes – in 1988 it reached Mt Everest base camp, 1990 saw it become the first car to spend more than a decade in the Antarctic, and in 1998 it climbed to a height of 5726 metres above sea level in the Tibetan plateau in the Himalayas.

Since 2014 Lada has produced a new and improved version of the Niva called the 4×4 Urban, a modernised comfortable version of the Niva 4×4. These models are equipped with air conditioning, heated seats, electric windows and mirrors. Other than a few other cosmetic changes, the 4×4 Urban is the same classic Lada Niva, with the same time-tested design: a lightweight (just over one tonne!) unibody, full-time 4WD, a lockable central differential, independent gas-charged shock absorbers and high/low range gears.

So you get it, these cars can go everywhere, but what makes them the coolest camping car in the Caucasus?

To give you maximum comfort while you’re out exploring the wilderness in this nifty 4WD we provide all Niva rentals with a rooftop tent. For those not familiar with such things, these are the bee’s knees of camping products: they take less than a minute to set up, come with a 140x200cm memory foam mattress with all bedding included and take all the troubles of tent camping away by being mounted on the roof! In the rear of the Niva, you’ll find chairs and a table, as well as a kitchen box set up to hold all your cooking needs for on the road: a portable stove with gas bottle, cooking equipment and a water container.

Fun fact – During the ‘80s and ‘90s Coca Cola imported its drinks into the Soviet Union and traded them for Lada Nivas, which were then shipped to the UK and sold.

So what are you waiting for?